The Thomas Merton Prison Project donates interfaith reading materials to prison facilities in New York State with the goal of eventually providing these materials to prisons throughout the US. The materials offered include the works of Thomas Merton, the Dalai Lama, Muhammad Ali, Paramahansa Yogananda, Rodger Kamenetz, Andrew Harvey and other spiritual authors of various faiths and traditions. 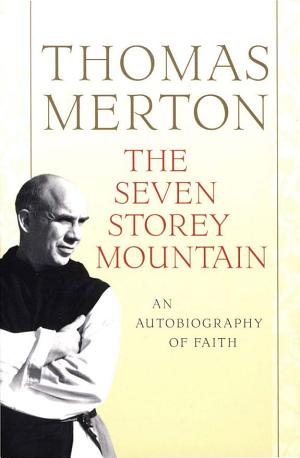 Why name the project after Thomas Merton? Besides being an iconic spiritual figure, Merton was a poet, social activist and student of comparative religion. During his life, he wrote more than seventy books on spirituality, social justice and non-violent conflict resolution. His best-selling autobiography, The Seven Storey Mountain (1948), remains after more than sixty years, one of the largest selling spiritual books of all time.

Merton’s other writings cover a wide range of interests. He was outspoken on issues of peace and non-violence. His observations made him a contemporary spokesman on key issues that are still driving communities apart today:  race, income inequality, and a decline in moral and religious values.

In addition, Merton strongly supported interfaith understanding and pioneered dialogue with prominent spiritual leaders of various faiths. Although he followed a Christian path, Merton’s writings on Hinduism, Judaism, Buddhism, Confucianism, and later, Islam, are profound since he believed that all religious traditions are a search for ultimate truth.

Following that vein, Pure Vision Foundation’s objective is to provide books that encourage spiritual growth, allowing inmates the opportunity to broaden their own perspectives and learn to resolve conflict in themselves and with others. The goal is to provide overall benefit within the correctional community and to also enable inmates to assimilate into a wider, more diverse world should they be returned to civilian life.

In his new study, DOWN IN THE CHAPEL: Religious Life in an American Prison, Joshua Dubler states that prisons are arguably the most religiously eclectic sliver of real estate in the history of the world . . . In other words, inmates will each compose their own compendium of spiritual beliefs — a natural tendency when faced with fear and uncertainty. The Center for Social Research, the New York Theological Seminary and the Oregon Department of Corrections have also conducted studies and have found that programs which exposed inmates to spiritual practices while in prison led to lower rates of recidivism.

The Pew Forum on Religion and Public Life recently released a survey report: “Religion in Prisons: a Fifty State Survey of Prison Chaplains” which gives a glimpse into religion behind the prison wall. During the web broadcast which released the report, panel member, Tom O’Connor (CEO of Transforming Corrections and former Research Manager of the Oregon Department of Corrections) gave an interesting insight into the life and work of a prison chaplain.

The Woodbourne Correctional Facility in upstate New York has been the inspiration for The Thomas Merton Prison Project. While working in the prison for an electrical contractor, the foundation’s founder Lawrence Birney, who has been a student of Merton’s writings for forty years, has had a first-hand view of prison life and the daily difficulties both inmates and correction officers face. The environment presents a challenging opportunity to explore Merton’s works, as well as those of other spiritual authors, with the eventual aim of expanding the program to prison communities throughout New York and the United States.

ILLUMINATE A MIND.  CHANGE A LIFE.

Pure Vision Foundation is a 501(c)(3) nonprofit organization. Charitable contributions are tax-deductible, as allowed by the law.

Receive updates on our current and future projects.