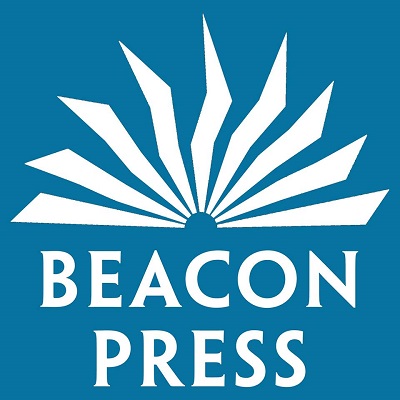 Beacon Press is an independent publisher of serious non-fiction and fiction. Our books often change the way readers think about fundamental issues; they promote such values as freedom of speech and thought; diversity, religious pluralism, and anti-racism; and respect for diversity in all areas of life. Founded in 1854, Beacon has published many ground-breaking classics.

Our current publishing program emphasizes religion, history, current affairs, political science, gay/lesbian/gender studies, education, African-American studies, women’s studies, child and family issues and nature and the environment. In 1993 Beacon was voted “Trade Publisher of the Year” by the Literary Market Place. In addition, Beacon and its authors have received National Book Awards: the American Book Award, the Christopher Award, the National Writers Union Golden Pen Award, the American Academy of Religion Award for Excellence in Book Publication, and the PEN New England L.L. Winship Award and Friend to Writers Award, and has been named the New England Publisher of the Year.

In the words of Dana Frank, Professor of American Studies at UC, Santa Cruz, “Beacon Press continues to pioneer in publishing works that are central to an embracing vision of the American people and our future together. Their books are always beautifully produced, of the highest literary and artistic quality and able to bridge the best of scholarship with popular accessibility.”

The mission of Beacon Press is to affirm and promote these principles: the inherent worth and dignity of every person; justice, equity and compassion in human relations; acceptance of one another; a free and responsible search for truth and meaning; the right of conscience and the use of the democratic process in society; the goal of world community with peace, liberty, and justice for all; respect for the interdependent web of all existence; and the importance of literature and the arts in democratic life.

Beacon is an associate member of the Association of American University Presses. We are a department of the Unitarian Universalist Association.